What Does It Take To Become A Music Producer?

A music producer’s job parallels one of a project manager as it relates to responsibilities; they are responsible for a team and for producing a quality product at the end of the process.

It’s incredibly rare for a music producer to achieve success overnight. You’ll most likely have to spend your first few years in the industry simply learning how the entire music making process works from the ground level.

Training should begin early. Most, if not all, music schools and colleges have music programs.

For example, Bayside High School in Queens, NY has a Performance and Production program. In addition to music classes, one should start off by taking classes in high school that provide background knowledge such as journalism, government and history.

Producers put in incredibly hard and long hours, and often for a lot less pay than most people believe. It takes a lot of hard work and continuous dedication. In fact, most successful producers have to incorporate a lot of different disciplines into their work. 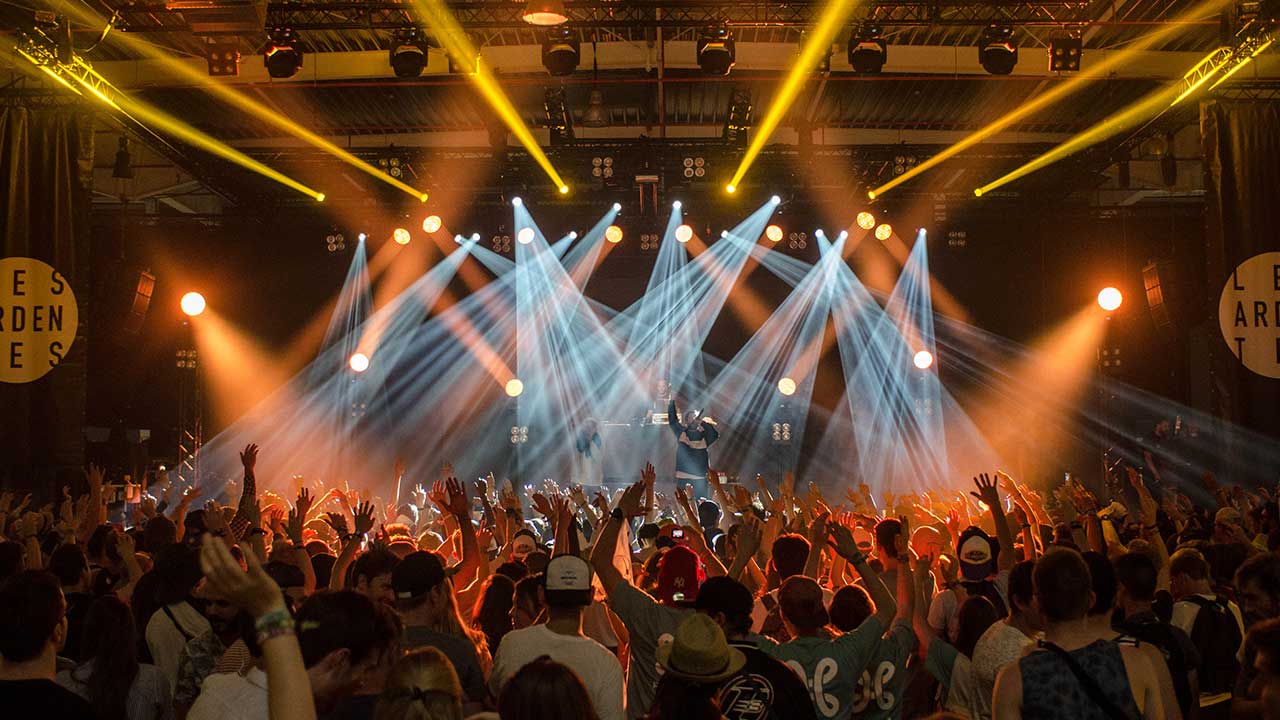 It can take years to learn how to become a music producer before seeing any real success.

The rewards are certainly there for those who are passionate enough. Although there is no single path to success in the music industry, here are some tips on how to become a music producer:

A Music Producer Must Have People Skills

Phenomenal people skills seem like a quality that would be just icing on the cake in other careers, but as a music producer it’s essential. Even if you’re just beginning your career as a music producer, you’ll want to get your name out there as much as possible to find work.

Music schools are a good place to connect with people in the industry, but you can also attend music conferences and local music events to establish relationships that can benefit your career. You’ll also want to touch up your social media profiles to stay connected to artists, producers, and other members of the music industry, not to mention your audience. 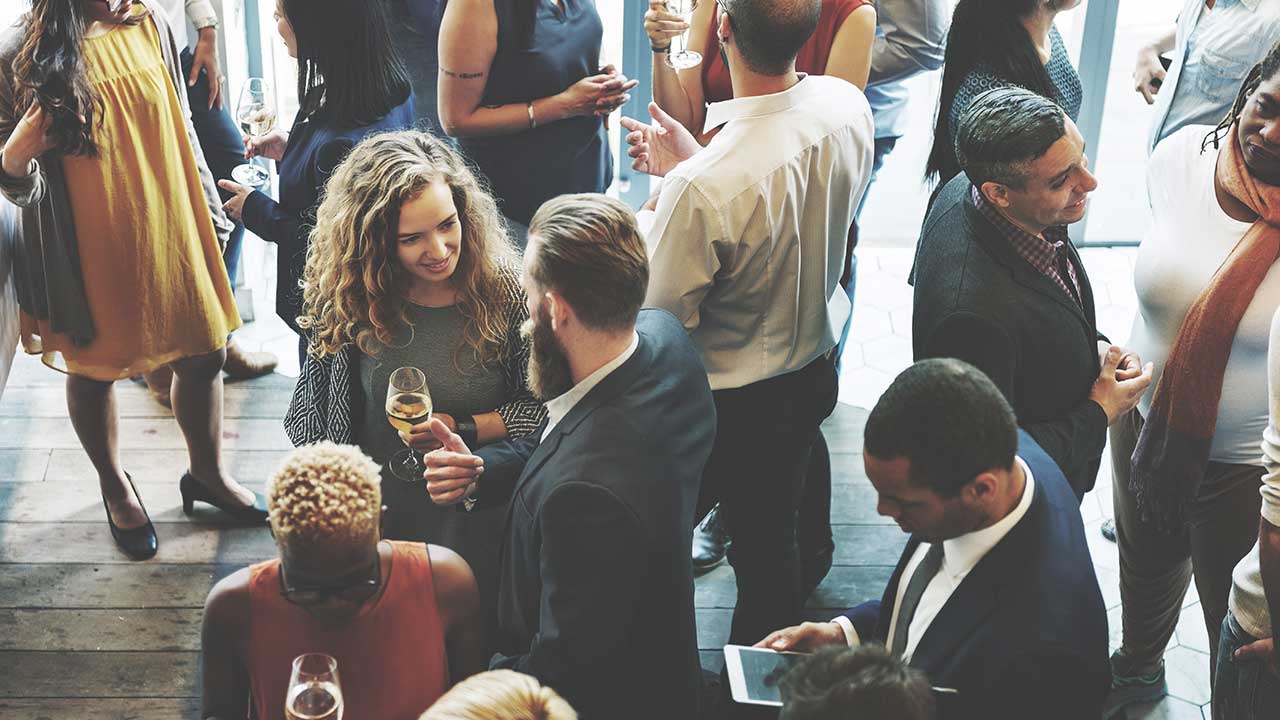 They also hire support staff, recording technicians, and studio musicians similar the ones you see in NBC’s hit show The Voice:

Learn About The Recording Arts

As a music producer, your entire life revolves around all the recording arts: music, audio and sound engineering as well. Knowing how to become a music producer means being a jack-of-all-trades in the music industry. Start with an accredited recording arts music degree, it will give you an definite advantage.

You’ll also have to familiarize yourself with every part of the music production process, including songwriting, audio engineering, and playing instruments if you want to be successful. 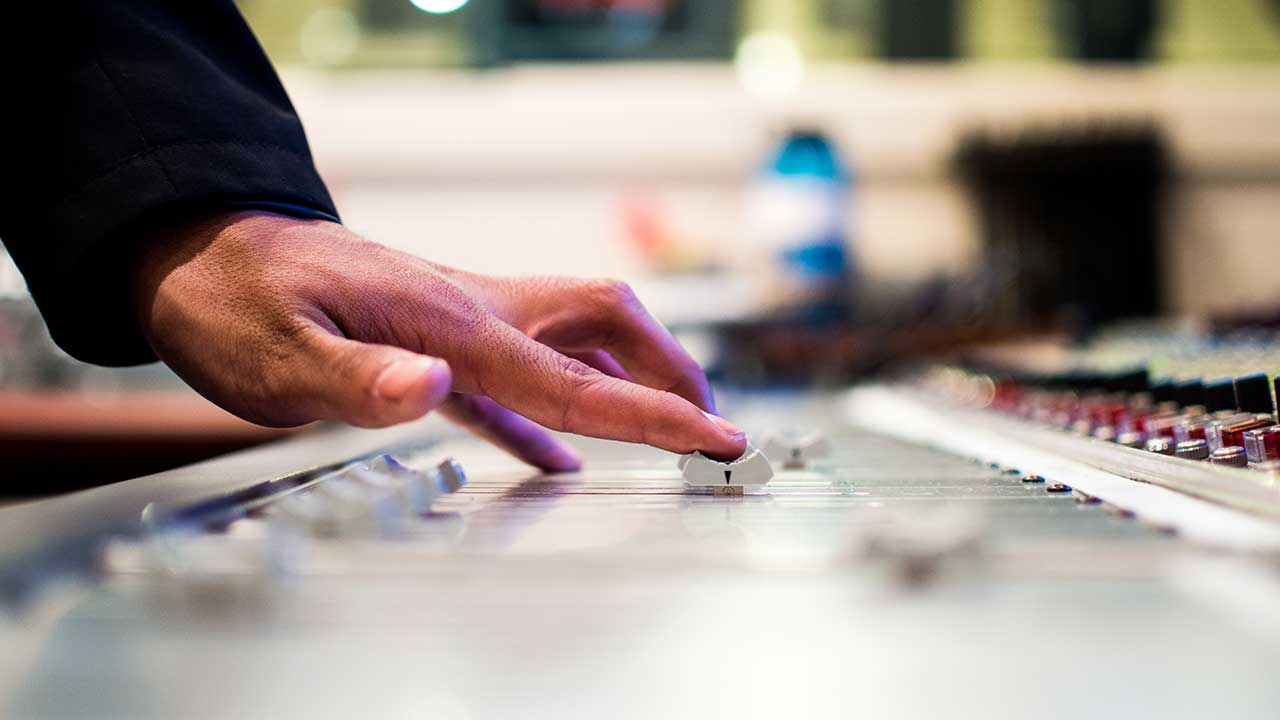 Because music is generally inspired by other music, you’ll also have to expose yourself to as much music as possible. A broad familiarity with production styles, artist, genres and an appreciation for their finished products is key.

Music courses are a good place to start to develop your skills and refine your tastes as a producer. There are also plenty of resources outside of schools, such as libraries and online courses, where you can refine your production techniques.

The level of classroom education varies from workshops and seminars to degree programs at accredited universities.

Workshops and seminars extend one’s comprehension of music recording by providing hands-on experiences.  This is a worthwhile option when preparing for an entry-level apprenticeship.

Music schools often offer internships and work-study programs to get students acclimated to studio environments. Even if the pay isn’t as great (if there is any pay at all), the experience you gain during your formative years can lead to great rewards later in your career. 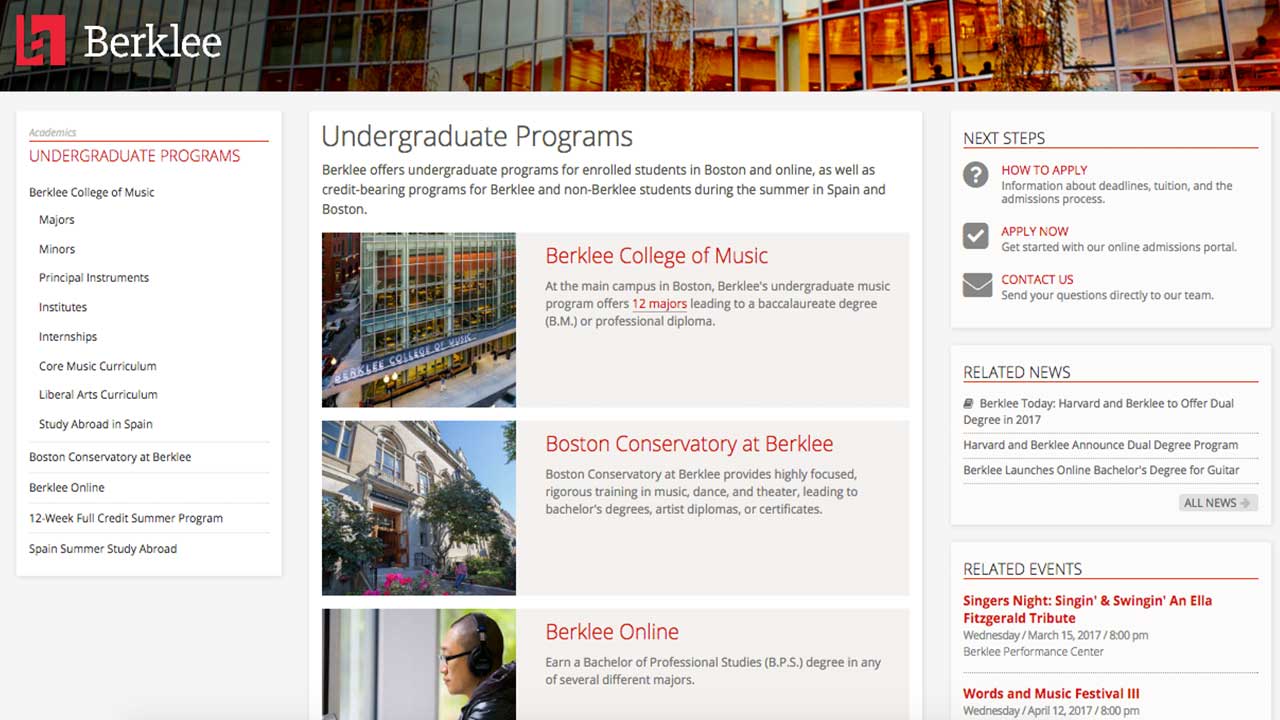 Educational requirements may vary as there is not an educational prerequisite to becoming a music producer. However, the implication is that a Bachelor’s degree in Music Production is the unofficial standard.

The demonstration of some level of musical ability i.e. vocal, instrumental is required to get into a music related degree program. Let the passion for music propel you into learning all that you can from whoever you can for as long as you can.

You’ll need to learn how to operate recording equipment, mixing tables, computers and music software, among other things, before your career in music production can move forward. 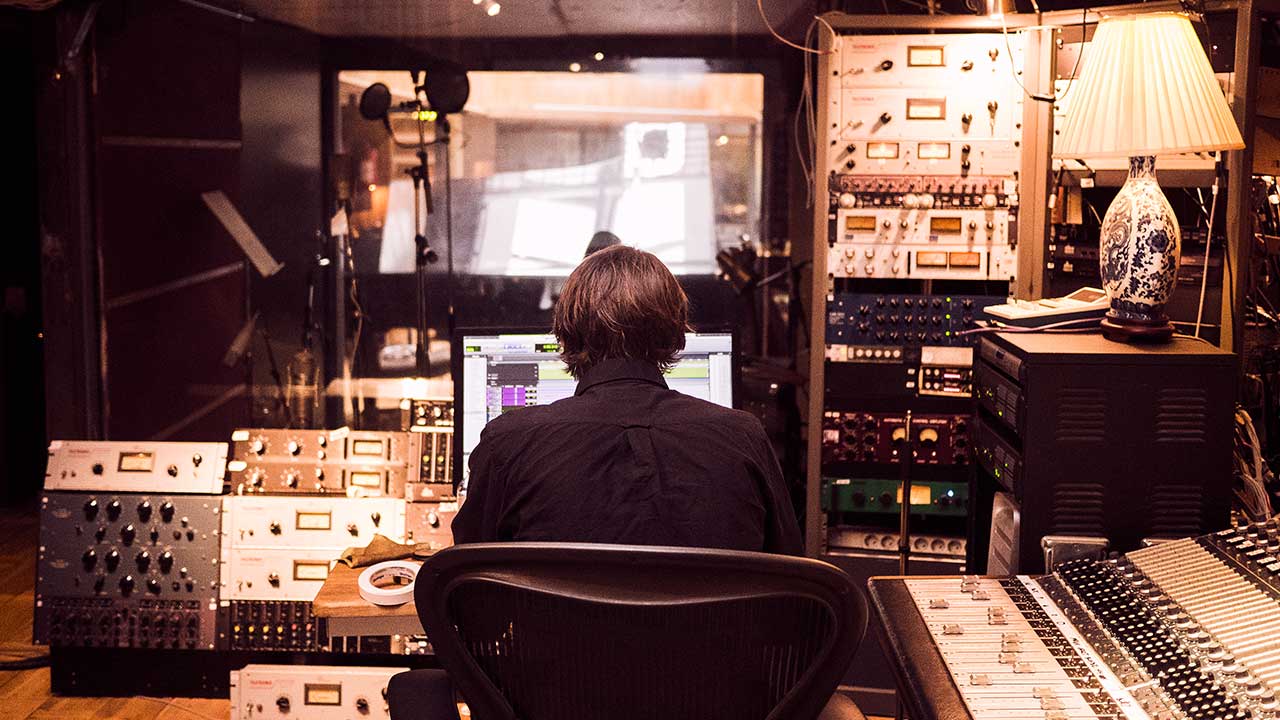 Your equipment needs will largely depend on the type of music you intend to make, but you’ll generally want, at the very least, some instruments that you’re comfortable playing, sound mixer, and desktop computer with recording software.

If you’re on a small budget, you may want to schedule sessions at a music studio so you can refine your skills on high-end equipment. Your ability to manipulate music using the tools at your disposal will play a huge part in your success.

Avoid Mistakes That Cost You Time

Music production is a business, and if you want to be a successful music producer, you’ll have to know how that business operates. You’ll have to be familiar with how compensation works in the music industry, and how to invest your time and money in the right places.

You’ll also have to have some basic knowledge of marketing, since you’ll essentially be selling your talent.

Whether it’s the artist or support crew, some people are pleasant to work with while others can be extremely difficult. It’s your job to bring out the best in everyone involved in the recording process in order to achieve the best possible product.

Ways to accomplish this goal include but are not limited to:

Bring Your Talent To The Table

Since education is gained both inside and outside of the classroom, getting experience in the music industry provides an inspiring music producer with the ability to relate to the talent he is developing.

For example, playing or singing in a band at a variety of different venues will teach you about microphone placement, how the volume of the instruments effect the overall performance, and other lessons that can be passed on to a new talent.

Audio engineering knowledge is a plus because it gives the producer a competitive edge. He is able to give technical directions that aid in the fulfillment of his vision for the song.

Many producers have first been recording engineers, which also provides a unique insight. A few of their responsibilities include:

Music producers have to exercise a great deal of creativity to produce great music.

You can probably get away with borrowing a few elements from other artists and producers. Your own unique creativity will allow you to apply your knowledge of music to make that work your own.

You do not want to be involved in a long drawn out legal battle after being accused of stealing or plagiarism. Being inspired is not the same as covering a favourite tune or outright copying. 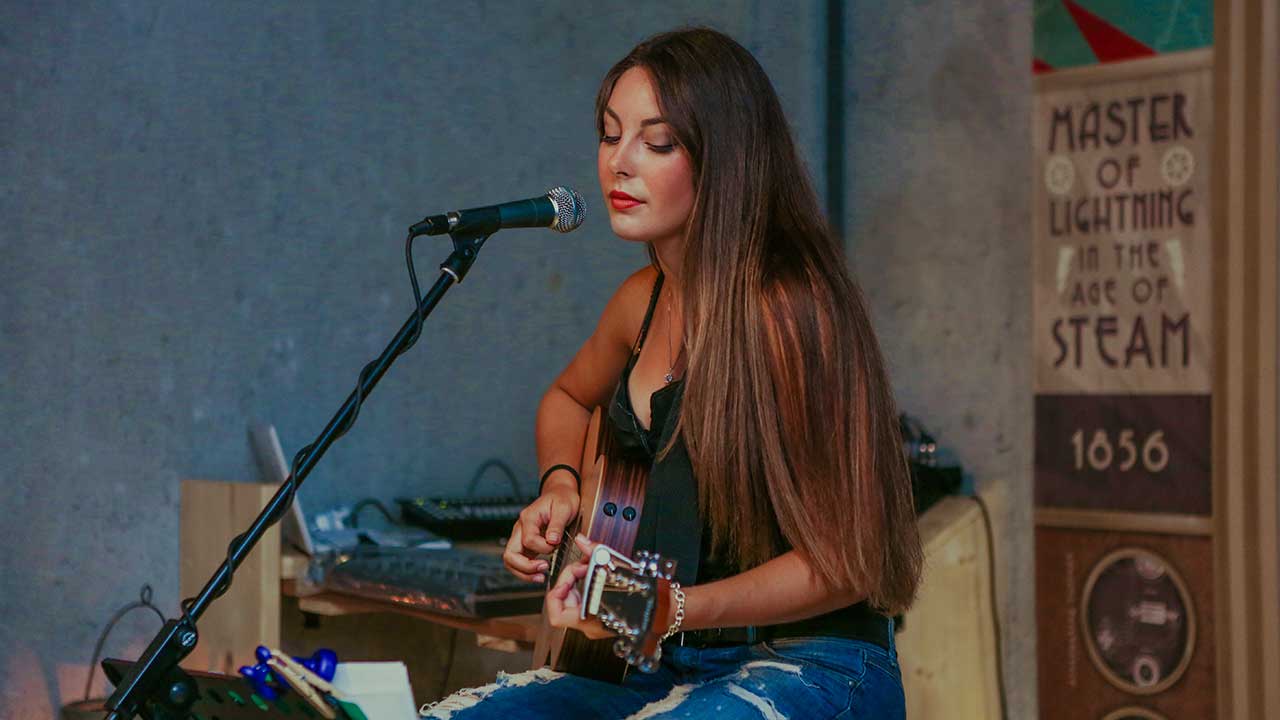 Both artists and producers have to envision their music in ways that others can’t, and this aspect of music production is why producers are constantly refining their skills and techniques to make their music better.

Even the top producers in the business will spend countless hours in the studio tinkering with their music before they achieve their desired sound.

Producers are often referred to as the entrepreneurs of the music business.

Music production can involve a decent amount of studio equipment, recording software, instruments, and contracts, all of which someone has to pay for.

As a producer, you’ll have to know how to maintain a budget, market your talent, and manage your time to produce good (and profitable) work.

In fact, learning about the business aspect of the music industry is often a required subject for many music programs.

Consider alternative choices for funding your career. Applying for a grant, bursary or scholarship will help take the financial edge off your career.

Work can also be slow and inconsistent for a music producer who is just starting out. Be careful about how you spend your money. A new $1200 microphone or high-end professional keyboard may sound enticing with your first few checks, but you may go months without finding solid work. 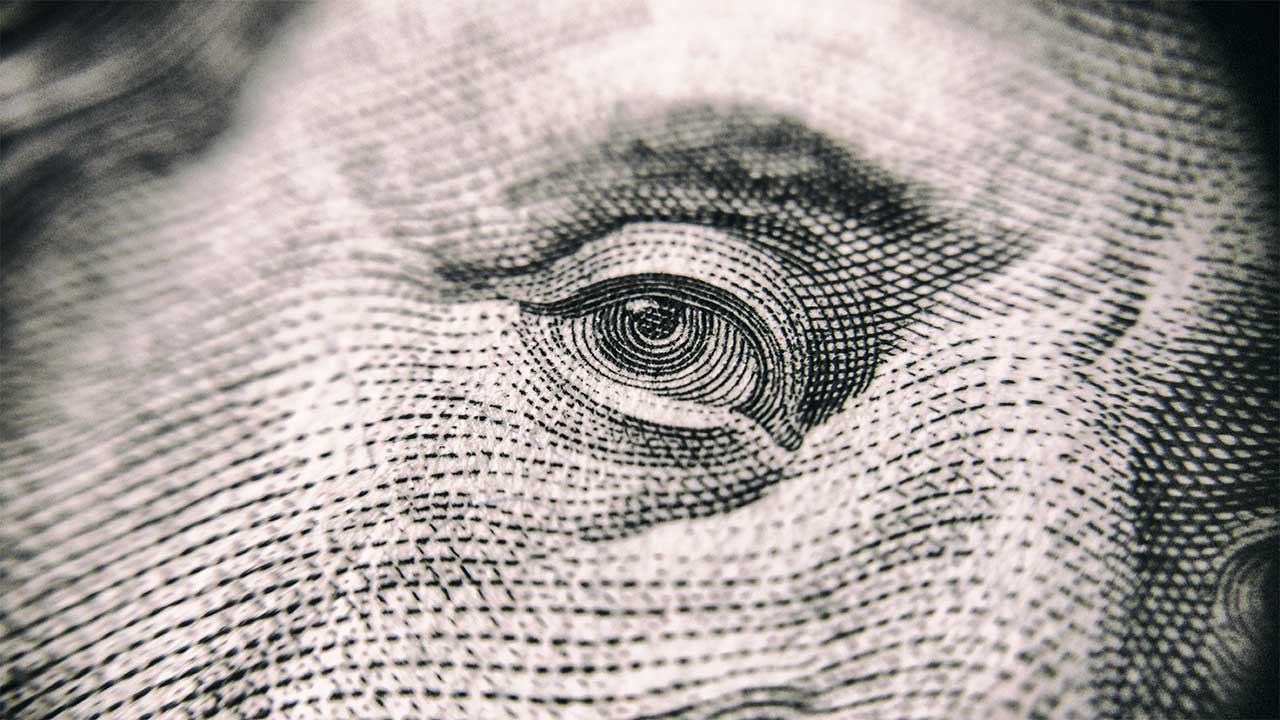 Every dollar you spend on your art is an investment, and you’ll want to make sure you spend your money wisely. Instead of relying on the latest greatest equipment, you may want to focus on refining your skills with the equipment you already have.

If you’re just starting to build your own recording studio, producing top-notch results has never been easier. Recording equipment is not only constantly evolving, but becoming more and more robust and affordable.

Learn from the World’s Greatest In Music Production! 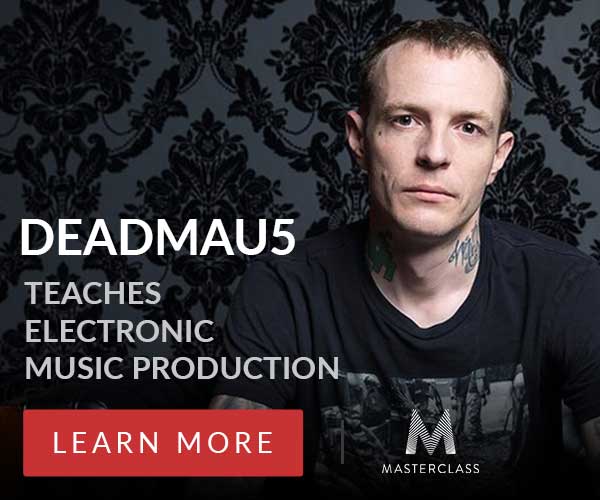 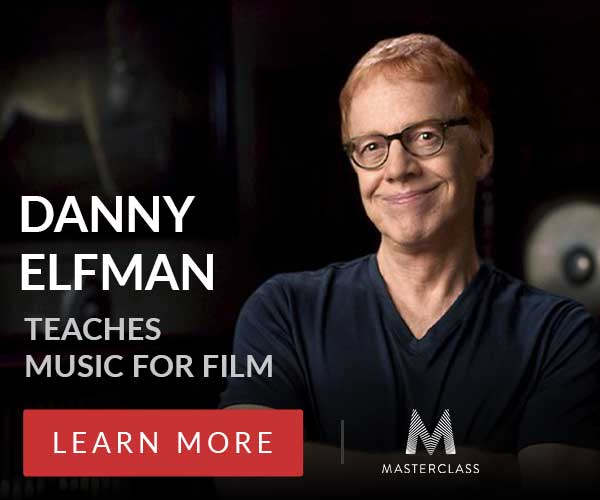 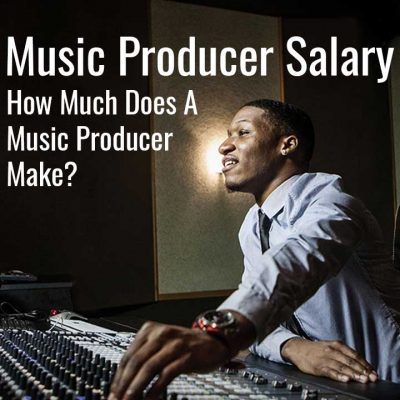 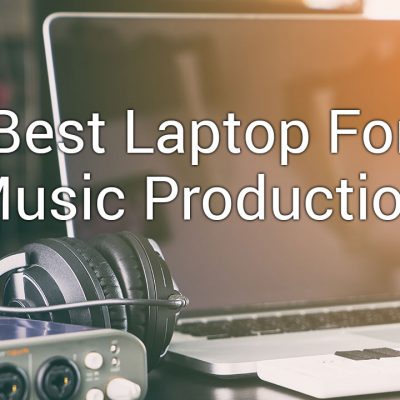 What’s the best laptop for music production? To help take new your job as far... 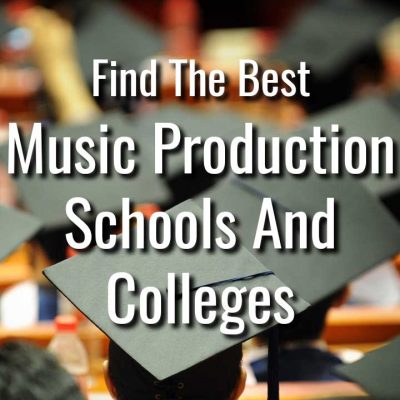 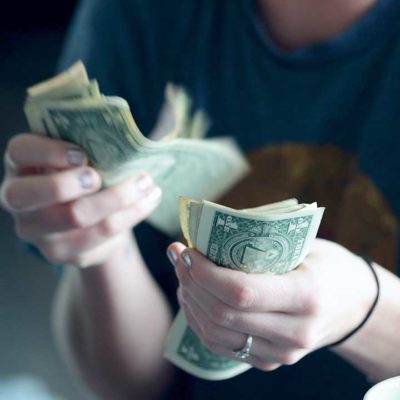 What Do Music Production Courses Cost? Beginning a career as a music producer typically starts... 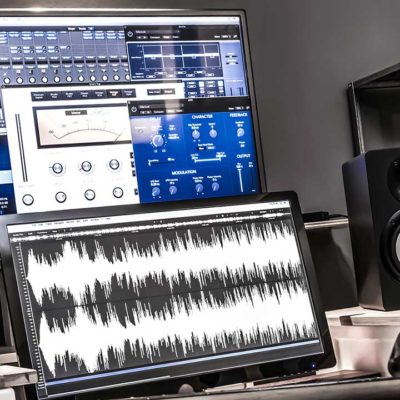 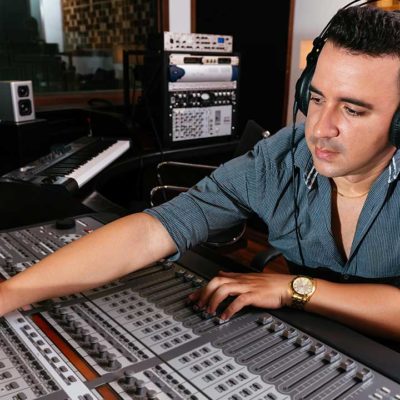 Careers as an Audio Producer In any studio, television, radio, or film recording project, the... 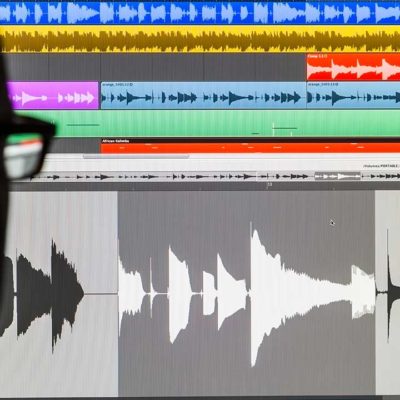 Music Production and Editing Software Applications In the business world, there is certain business system... 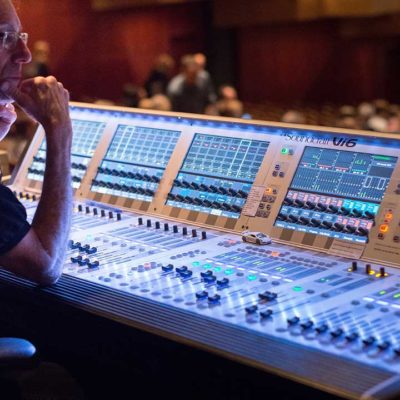 The jobs of both a music engineer and a sound technician, are both seemingly the...

To Be The Best, Learn From The Best 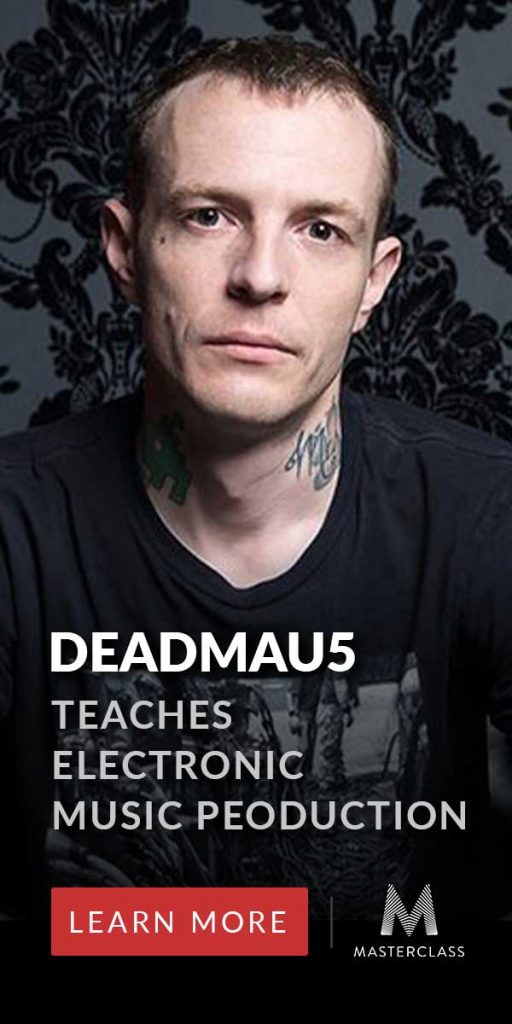